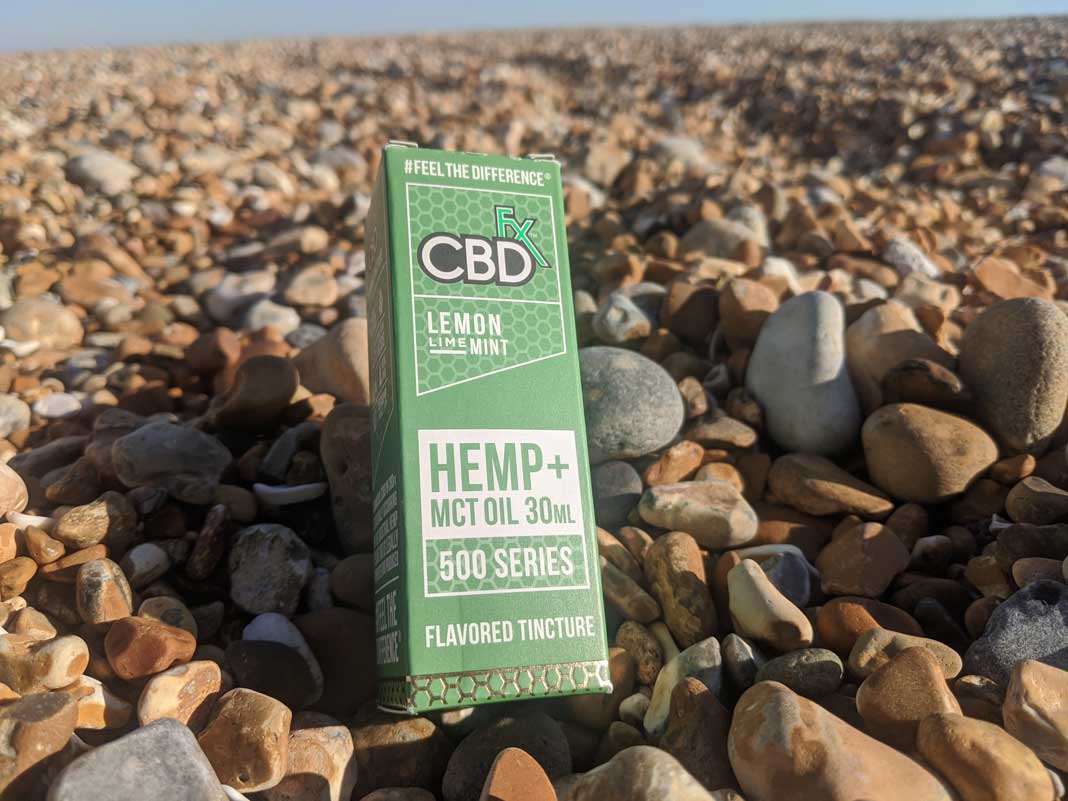 Returning to flavoured tinctures after several reviews around CBD gummies and hemp face masks, I’m reviewing the last of my CBDFX collection, the CBDFX Lemon, Lime and Mint Hemp + MCT oil in the 30ml bottle.

How Does It Taste?

The most powerful of the three flavours that you taste is either the mint or the lime, rather than the lemon. You get many mint flavoured options, but I did like the added kick from the lime. I will say it wasn’t quite as tasty as the lychee flavoured hemp oil, which was easily the tastiest I’ve tried to date! But having mentioned that, that was a high benchmark and it was still very nice.

In a 30ml bottle you get 500mg of CBD. A single serving is 1ml, which works out as 16.5mg of CBD, but you can adjust this based on your personal requirements. This is full spectrum CBD, meaning you can expect to find far beyond just CBD, with all the other cannabinoids and terpenes in play, helping you to benefit from the entourage effect.

To get a breakdown of the other cannabinoids present, you can check their 3rd party lab test results on their website, which will highlight the quantities of the most present ones.

Being full spectrum, this means that THC is present, but as you can imagine, they are under the 0.2% legal limit in order to be sold in the UK.

This product is non-GMO and is gluten free, while it’s also suitable for vegans.

Why Is MCT Oil Included?

This is the key carrier oil which is included to increase the bioavailability after swallowing. As you probably know, you need to hold the oil under your tongue for 1-2 minutes in order to enhance the absorption rate, however following this, you swallow the rest and if it didn’t contain a carrier oil then the vast majority would all be wasted. Even as it is, a lot that is swallowed is wasted, but MCT oil is amazing at increasing the bioavailability of what is swallowed.

How Many Calories Are In A Serving?

It isn’t much, but I’m a bit confused by the supplement facts on the bottle. It states 8 calories, with 1 gram being total fat, however 1 gram of fat is 9 calories, therefore I assume it’s closer to that figure…But we’re still talking about 9 calories, so you don’t have to worry about putting on weight!

Who Is This A Good Match For?

Well anyone that is looking for a Hemp oil should consider this product, but this works especially well for those who can’t stand the taste of unflavoured CBD oil, of which there are many! For a start, while my girlfriend has a huge interest in the industry, she hates the taste of CBD oil. I, on the other hand, don’t mind it at all, but that might be because I consume so much of it in order to write constant reviews.

Where Can I Buy The CBD FX Lemon Lime Mint Hemp Oil From?

As with their whole range, they can be purchased across the world (where they legally allow CBD) from their website. They’re also heavily present in CBD stores around the world, as the brand is a huge player in the industry. Also, don’t forget to check out where it scores on my list of the best CBD oil in the UK.