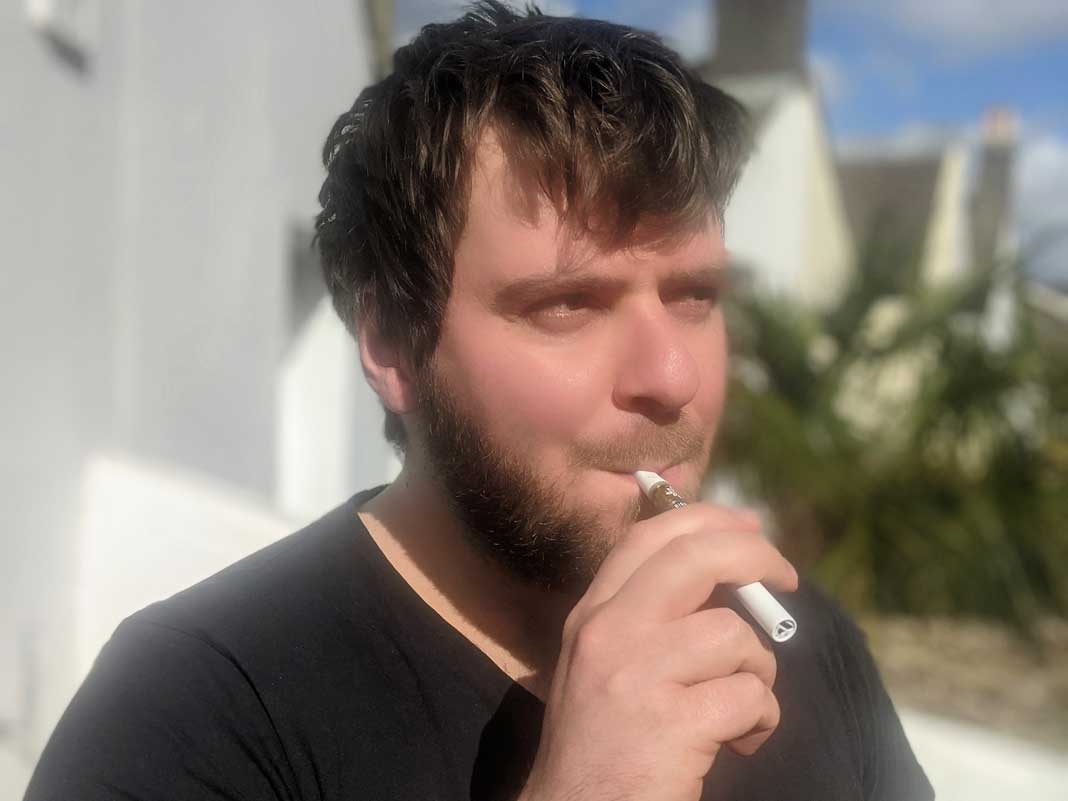 With the sun out (finally) and us fast approaching the summer time, it was nice to head out in the garden to test out the Highkind vape pen kit, complete with a CBD cartridge. This is the first product I’ve ever tested by Highkind, however if you’re looking to try a few options, they also sell concentrates and CBD oil.

What Is Included In A Kit?

I quite like the concept of a kit, containing everything you need if you’re starting out. The pack will include the vape pen, the charging point and a CBD cartridge, of which you have various options to choose from.

Why Opt For This Vape Pen?

The first question is how chunky is the pen. When I started vaping, I had this huge vape pen which could barely fit in my pocket (oh how times have changed), which was always a nuisance. This pen is absolutely tiny, making it convenient to slot into your pockets alongside a wallet.

The next factor was a potential glass screen. With my first vape pen, it broke after a month, as the glass section showing how much liquid you have smashed. You then have to pay for a replacement glass tank, which is just a nuisance. But obviously, with a vape pen, the cartridges just slot on, meaning you don’t pour the liquid into the pen. For this reason, you’re less likely to see issues along the way and if (worst case scenario) the cartridge breaks, at least you don’t have to fix the actual pen at all.

Pens are now becoming the most popular option for various reasons such as this, but also for how easily the fit into the pocket and the ability to easily charge from your laptop. You will see a green light shine while it is charging, while it will also light up when you use the vape pen, albeit you won’t see it light up as it is at the base of the pen.

How Is The Cartridge?

You can pick from various options, including Amnesia Haze, OG Kush, Tangerine Dream, Cindy Cheese, Kashmere, Hawaiian Haze, Lifter, Sour Space etc. I was sent the purple punch strain, which is often described as smelling like grape and blueberry muffins combined, which I can certainly understand.

It was a sweet taste, which did remind me of a blueberry muffin, being sweet but not over the top with the taste. Often known as a ‘dessert strain’, being a flavour that more reminisces something you would find in a bakery (I’m still to try the cherry pie strain, but that’s high on my list).

You will get 200+ puffs from each cartridge, while it contains a full spectrum CBD extract, which means you can benefit from the entourage effect thanks to the combination of cannabinoids present. This product contains CBD and CBDA, along with CBG, CBDV and a number of terpenes and flavonoids. The prefilled cartridge is 0.5 grams.

The cartridge itself had a big kick with me. I’ve often in the past been a little reluctant with vaping, as I personally prefer CBD oil, but I found this one relaxed me very quickly in the evening. In fact, after an hour long call with an Indian call centre to Google, this helped to ease my mind and return me to a relaxed state.

How Good Is The Charger?

It’s a micro-USB charger which worked perfectly with my laptop, however the battery life on the vape pen seemed pretty decent so I didn’t need to charge it too often.

You can order yourself the Highkind vape pen kits from their website, costing £39.99. This includes free shipping, however if you’re eager for next day or first class delivery then you can pay for this as an additional option.