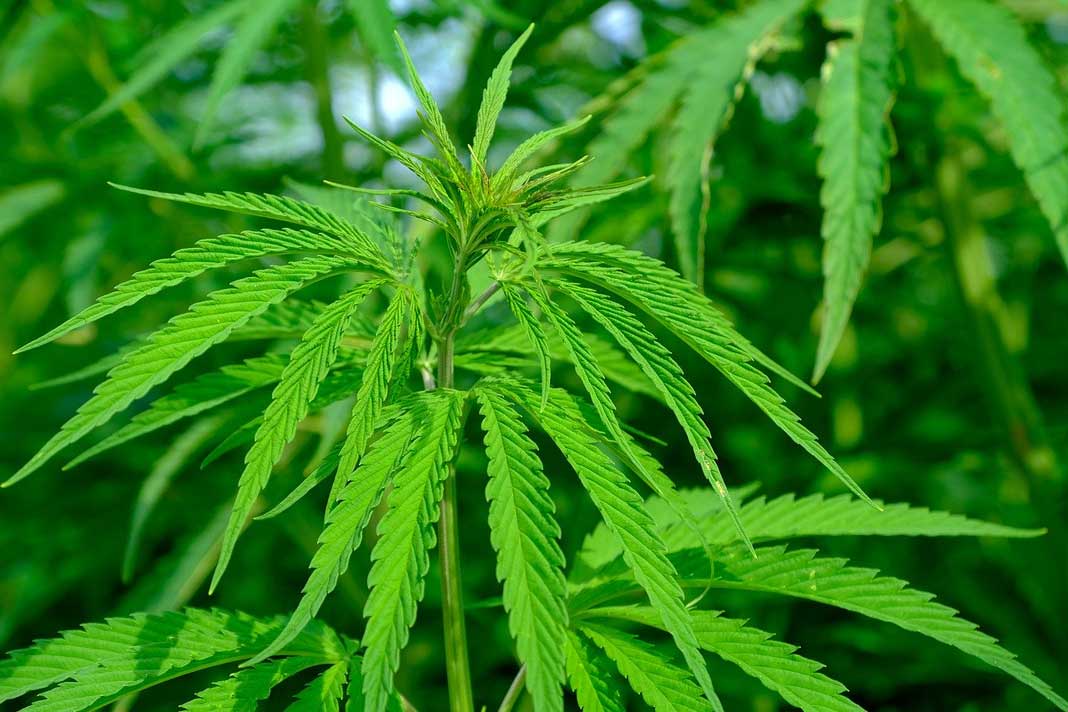 CBD, or cannabidiol, has gained a huge amount of attention over the past couple of years, however this is just one of a huge number of cannabinoids present in cannabis. Some others are starting to get a little media attention, but in general they’re still largely going under the radar, partly due to the lack of clinical tests on the potential benefits they could provide or how they could be utilised sufficiently.

What Is The Endocannabinoid System?

The endocannabinoid system is a complex biological system which was only identified in the 1990’s, hence why we still know so little about it. The main purpose of the system is to maintain body homeostasis, meaning overall harmony within the body.

It’s a neuromodulatory system that is heavily involved with the central nervous system. Your body actually produces endocannabinoids, with the two which scientists have identified being anandamide (AEA) and 2-arachidonoylglyerol (2-AG). These endocannabinoids bind to receptors so the endocannabinoid system will take action in the highlighted area.

What Are The Receptors?

There is a growing amount of evidence that there are more receptors, but we need to perform more research into the subject.

Cannabinoids bind to the receptors, however the exact details of how these cannabinoids interact with the system is still relatively unclear, once again requiring further research.

How Many Cannabinoids Are There?

The research to date puts it at 113, but there could easily be more. Many of these are found in trace amounts in CBD oil, with CBD and CBDA being the most prominent in most cases. Many people have heard of THC, due to the negative connotations in the media, however many of the cannabinoids are still unknown by the mass public.

Unfortunately, I haven’t managed to find a complete comprehensive list anywhere online, the most I could find were 66 different cannabinoids found in cannabis, which are all highlighted below.

CBD stands for cannabidiol, often referred to as a ‘promiscuous compound’, while it is found in both hemp and marijuana, but the CBD oil you take is from industrial hemp.

Cannabidiolic acid actually converts to CBD when heated, known as decarboxylation. If you were to have a juiced cannabis, you would consume plenty of CBDA.

Tetrahydrocannabinol is easily one of the most well known cannabinoids, being psychoactive and responsible for getting you high. It’s found in high doses in marijuana but very low levels in hemp.

Tetrahydrocannabinolic Acid is found in high doses in raw cannabis, while it is heated to create THC. This cannabinoid has a strong reputation for being antiproliferative and antispasmodic.

Cannabinol is produced from THCA as part of the oxygenation process, hence why it is slightly psychoactive. A very small quantity is found in the plants, but if the cannabis has been kept around for a long time then the levels will most likely be higher.

Cannabigerol is antibacterial, which is partly why it is growing in popularity so quickly and is fast becoming the ‘new CBD’ in the oil market. It’s also commonly used for pain relief.

Cannabichromene can inhibit cell growth, which is why it is of such interest to medical scientists, while it is also known to reduce inflammation.

Cannabicyclol is produced from oxidised CBC, hence why it is found in old cannabis. It’s non psychoactive, while you only tend to find trace amounts of this cannabinoid.

Tetrahydrocannabivarin is similar in chemistry to THC, however it has very different effects. THCV is a receptor 1 antagonist, while it is being researched for its potential in treating obesity-associated glucose intolerance.

Cannabidivarin is actually found in higher doses in indica strains rather than sativa. The structure is noticeably similar to CBD, but this doesn’t mean the effects on the body are the same.

Cannabigerovarin is being researched for its potential as a treatment for cancer, focusing on how it could potentially interfere with the development of cells, which is incredibly interesting!

Cannabichromevarin was first isolated back in 1975, so it seems disgraceful that it still hasn’t received any substantial research to date. It’s obviously related to CBC, while you will find it in very small quantities in most marijuana strains.

Cannabitriol isn’t actually always found in cannabis, but even when it is, it will be incredibly low doses. It has a similar shape to THC, while it could have similar affects on the body, but we can’t tell with a lack of research.

Cannabielsoin is formed from CBD as a novel metabolite, while it has been tested to see whether it can help induce sleep, however the early signs showed a lack of promise.

Cannabigerol monomethylether is found in higher quantities in cannabis grown in North East Asia. It’s an ether compound, while it is part of the CBG family.

Cannabivarin is found in abundance in cannabis sativa, however you won’t find much in fresh cannabis as it is an oxidised cannabinoid from THCV. It’s commonly used to tackle nausea.

Delta-9-tetrahydrocannabivarinic acid is created through THCV Synthase from CBGA being broken down, while it’s also a predecessor of THCV. It’s also non psychoactive.

Cannabidivarinic acid is renowned for its anti-inflammatory properties, while it’s also the acidic precursor of CBDV.

Cannabichromevarinic acid is being researched for its potential to help with increasing your appetite, being able to sleep at night and improving people’s mood.

Cannabinovarin is easily one of the least researched cannabinoids I’ve come across, with very little detail available online.

Cannabichromenic acid is the precursor of CBC. It’s non psychoactive and believed to have anti-inflammatory properties.

Cannabicyclolic acid starts off as CBCA before being exposed to a change in the environment. It’s found in very small doses in cannabis, however we do know it is stable when heated, remaining resistant to decarboxylation.

Cannabicyclovarin was first found in 1972, however not much has been found out about this cannabinoid since that date.

Cannabidiorcol has so little written about it, you’re largely stabbing in the dark when finding info, but if you’d like the full name, then it’s 5-methyl-2-[(1R,6R)-3-methyl-6-(1-methylethenyl)-2-cyclohexen-1-yl]-1,3-benzenediol. It differs from CBD by the length of their C4’-side chain.

Cannabidiol monomethyl ether has been isolated in a few studies using ethanol as an acidic cannabinoid. Another test on guinea pigs was produced with gas chromatography mass spectrometry, which helped to also find CBEM.

Have a Google search of Cannabielsoic acid B and your only results are a handful of test studies, which you’ll struggle to decipher if you don’t have a doctorate in medical studies.

Cannabielsoin acid A is a two tricyclic dihydrobenzofuran cannabinoid, synthesized through an oxidative cyclisation via a spectral acid.

Cannabigerolic acid is, as you can imagine by the name, the acidic form of cannabigerol (CBG). Produced in the plants trichomes, CBGA has an important role in cannabis, helping the plant to naturally prune the leafs so that the flower receives most of the energy.

Cannabigerovarinic acid produces THCVA, CBDVA and CBCVA through biosynthesis. While studies are still at an early stage, many studies are showing early promise that this cannabinoid can be used for its anti-inflammatory properties.

Cannabinodiol is found in very low concentrations in cannabis sativa, however it is psychoactive. It’s often found in Lebanese hashish, while it is known to be aromatic.

A compound of cannabinol, CBVD stands for Cannabinodivarin, while it is believed CBVD possess therapeutic properties, which makes it a cannabinoid of high interest.

Cannabinol methylether is derived from Cannabinol, a cannabinoid I have highlighted as one of the more interesting for CBD brands looking to broaden their range. CBNM on the other hand, we simply don’t have any real test studies that can highlight how it affects the body. So far, all we really know is it has a heavy atom count and is 95% pure with a crystalline solid formulation.

Cannabinol-C2 is an ethanolic extract found in cannabis sativa plants, belonging to the cannabinol group. Considering CBN is degraded from THC, it means industrial hemp will naturally have very small amounts (unless left exposed) and could be higher in marijuana.

Cannabinol-C4 can only be found in government details about the Misuse of Drugs Act 1971, which is inevitable being part of the CBN type of cannabinoids.

Over time I will look to add to this list and also provide more detailed explanations as I learn more about them and find more studies that relate to these subjects.