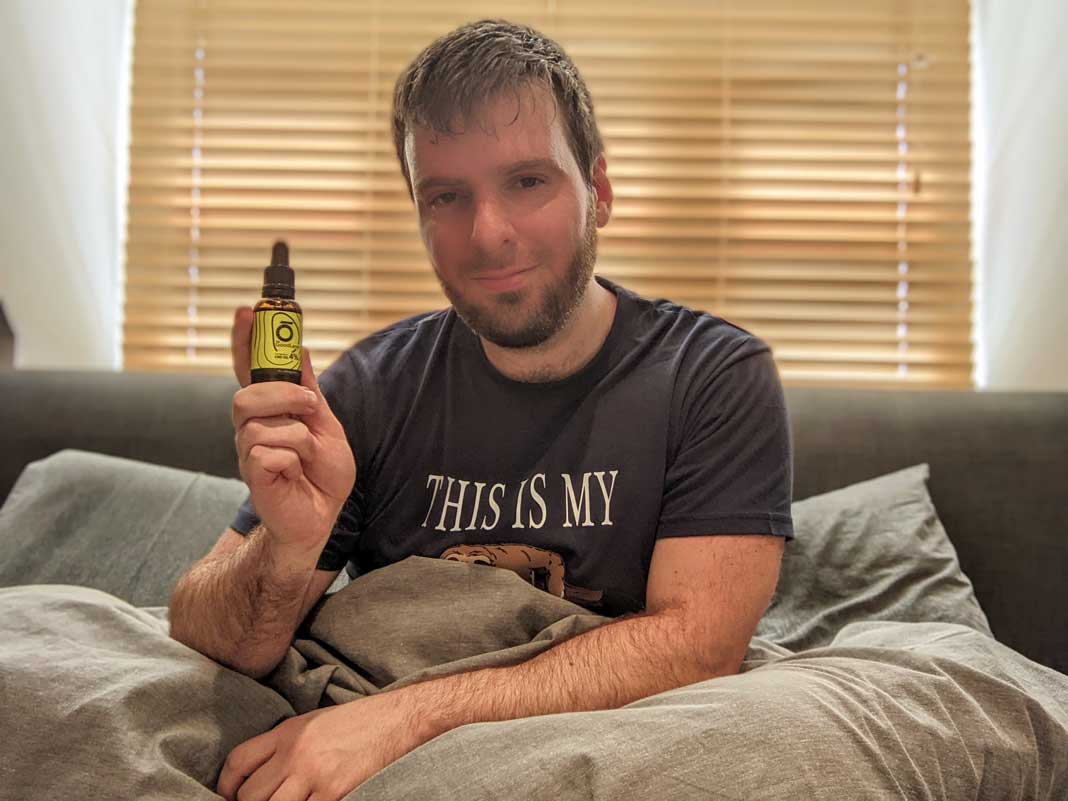 I recently tried the scrumptious Good Level CBD Gummies, which I certainly recommend giving a read if you’re looking for some vegan CBD gummy bears.

Now I’m happy to try another product from this brilliant brand, being their hero product, the CBD oil.

What Strength Is It?

The product I’m testing out is the 4%, 1,200mg in a 30ml tincture. Beyond CBD, you will find a number of other cannabinoids present, including CBDA, CBDV, CBG, CBGA, THCA, CBCA, THCV, THC and CBC.

What Is Cold Pressed CBD?

Going against the grain, most CBD brands in the industry have been focusing on supercritical CO2 extraction methods, whereas The Good Level have opted for cold pressed CBD.

The concept allows for the use of the entire hemp plant, which will therefore mean you should have a greater presence of other cannabinoids present in the end product, something the majority of us want, going against the current move (influenced by the FSA requirements) towards isolates.

Cold pressing is done at low temperatures, meaning the cannabinoids or terpenes aren’t broken down, while you will also find a greater presence of the acidic versions, e.g. CBDA and CBGA. The delicate nutrients are still kept in tack and protected from the effects of the heat.

The main argument for this is around the entourage effect, which is that the results of cannabis ingredients, being cannabinoids, terpenes and flavonoids, work better together as a whole plant extract rather than on their own.

You will find cold press extraction with essential oils, being the most common method currently, yet it is simply less common in the CBD industry.

The actual process involves the plant matter being crushed, or pressed, in order to extract the cannabinoids.

Being a cold pressed oil actually means it’s not considered a ‘novel food’ by the Food Standards Agency (FSA).

Which Carrier Oil Do They Use?

The Good Level use extra virgin olive oil in all their CBD oils, helping to increase bioavailability. This means the taste is a little different to most other CBD oil’s you try, with the majority either containing MCT oil (creating a subtle coconut taste) or hemp seed oil (with a hemp flavour), whereas this will inevitably taste slightly of olive oil.

I’m happy to see they use extra virgin olive oil, as this is the least processed form of olive oil, meaning it is packed with all those other healthy nutrients such as vitamins and antioxidants, to fight off free radicals.

The majority of the time, you will get UK based CBD brands producing great products, but then don’t have measurement markings on the dropper, meaning you have to count the drops as they land under your tongue, which is more tricky than you might think.

How Much Do I Take?

Considering this is a 30ml bottle rather than a 10ml, you need to adjust your maths if you’re used to utilising a 10ml 1,200mg bottle.

A full 1ml dropper will provide 40mg of CBD, which is spot on how much I tend to take each day and took for the testing period. However, if you’re new to CBD, you might want to start lower, maybe taking 0.5ml, being 20mg of CBD.

Who Are The Good Level?

The Good Level is a British CBD brand launched by Jonathan Alberto and Joseph Dobbs alongside other directors David Alberto, Karim Salama and Pooja Rakhra.

Joseph and Jonathan met at university, where they were both experimenting with CBD oil’s, however at the time the majority of the products they were testing out were isolates and they wanted to find a cold pressed oil which was difficult to find.

Considering the issues every CBD brand has had with making it onto the FSA novel food list, it ended up being hugely beneficial for The Good Level opting for cold pressed hemp.

The Maidenhead based brand aim to create the most natural, full spectrum CBD products on the market, as mother nature intended.

Having only been launched in early 2021, they’re still in their early days, but with some great quality packaging, a high quality set of products and some bright minds behind the brand, I can see them growing over the next few years into a key brand in the UK market.

You can order TheGoodLevel 1,200mg 4% CBD oil from their website for £49.99. The delivery is handled by Royal Mail, with orders processed within 2 working days. They currently only ship to the UK, but I will update this article if this changes in the future.

THC-O – What Is It And Why All The Attention