Home News The Controversy Around Theresa May’s Husband And His CBD Company
Facebook
Twitter
Pinterest
WhatsApp
Linkedin
Email
One of the biggest steps forward was taken in the summer of 2018, when Charlotte Caldwell’s situation with her epileptic son having his cannabis oil taken away in the airport which could cost him his life. Within 24 hours, this was on the front page of every newspaper in the country, the main talking point on every news channel and the biggest office talk by the water machine.

It was huge for several reasons. Firstly, it took away the negative stigma with marijuana and it educated the country on how important it is on medical purposes. But the biggest change was to push the government into bringing through new legislation in November 2018 making it legal to have medical cannabis as long as it is prescribed by a doctor.

All good so far, until it became clear that the brand that the Torie government chose to supply the medical cannabis was GW pharmaceuticals. They were to create a schedule-4 substance called Sativex.

On the surface, this would already appear like a monopoly and a controversial decision to just allow one brand, but as you dig deeper it just gets more and more despicable. 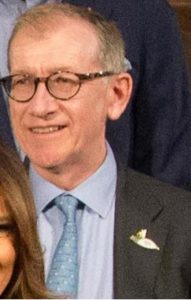 Philip May, the Prime Minister Theresa May’s husband, works for the Capital Group which is the largest investor in GW Pharmaceuticals.

At the same time, Geoffrey Guy (the chairman of GW Pharmaceuticals) is a significant donor to the tories, with a clear connection between the two.

Even worse, the ministers have been stating the product has ‘no medical value’, however Savitex retails at £125 per 10ml bottle, to the British market, making a huge profit margin.

Meanwhile, if any one is caught using a rival brand in the UK, they will receive 14 years in jail, a clear detriment to prevent any form of competition.

GW Pharmaceuticals also use the medicine Epidiolex for its anti-epilepsy medicine, which has received FDA approval (fast tracked through) which is derived from cannabis. However, this is from the UK operated British Sugar, growing the marijuana in the UK. Yet the Managing Director of British Sugar is Paul Kenward, who is actually married to former Tory drugs minister Victoria Atkins. This has been labelled by multiple figures as the biggest form of hypocrisy seen in UK politics on such a grand scale. I mentioned former, she only stepped down ‘voluntarily’ when the controversy reached the media and the backlash was at full swing and it became clear British Sugar were legally permitted to grow cannabis here in the UK. 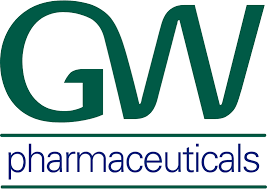 Despite all the rules around growing marijuana in the UK, GW Pharmaceuticals grows over 20 million tonnes each year here in the UK and that number is growing with time as they get to skip casually around laws.

All of the CBD based products you can buy in the UK cannot be counted as medical, they have to count themselves as ‘food supplements’, as otherwise they will be breaking UK law. This is ridiculous, because everyone in the industry knows what it is and what it is used for, but as they have a financial interest and are making profit from the product range, they have to be very careful with their wording. They can’t state that it helps you sleep, or it alleviates pain, or even that it can save lives with epilepsy.

It is clear that the CBD industry has become a Wild West, filled with corruption that will shock the world in years to come when they look back at it, the way all new industries do when a small few make a huge fortune by being the early players with friends in high positions.