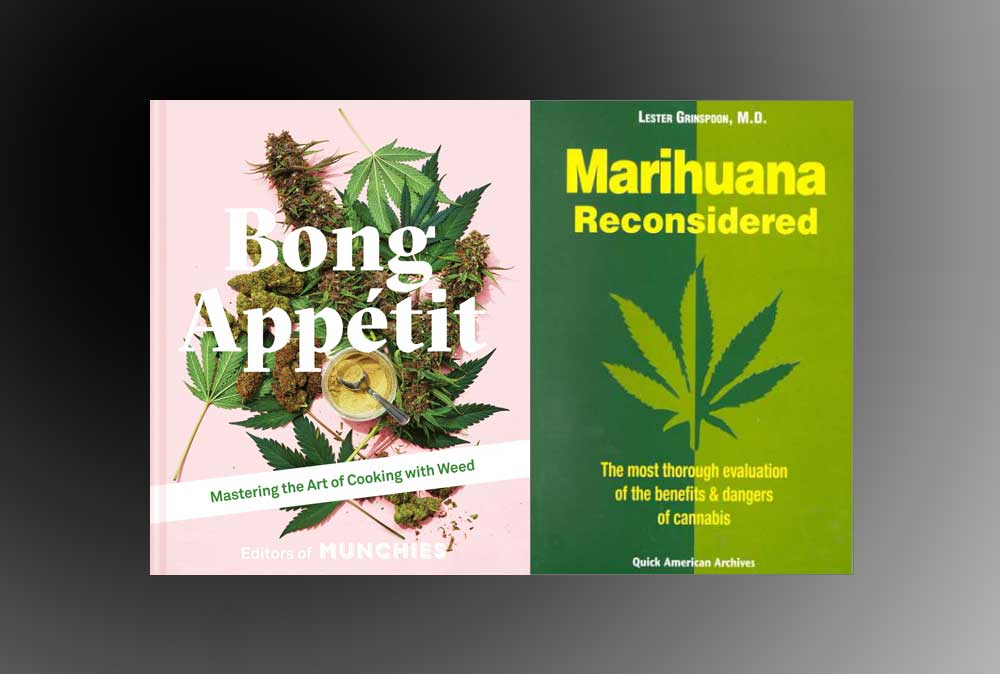 It seems bizarre to think just a few years ago I knew virtually nothing about this intriguing plant, but out of no-where grew an obsession and a curiosity to learn more.

Resources have been limited at times. You can find the occasional show on Netflix that talks about breaking down the controversies. I’ve also made a list of the best CBD documentaries and movies.

But for those who want to have a deep read into the subject, I have compiled a list of the best books on cannabis, to help improve your knowledge and learn more about the industry.

This certainly isn’t a new one, having been launched in 1971, but doctor Lester Grinspoon’s book helped to alter public perceptions of the cannabis plant.

He highlighted the potential for its medical usage and the reasoning for full legalisation at a time when politicians were strongly opposed to the idea.

The campaign against marijuana has been buried in political motives, big pharma pressure and a general misunderstanding, which Lester covers in great detail.

Lester’s name might not have the same gravitas as Dr. Raphael Mechoulam, but he was one of the main protagonists in the legalisation movement and one of the most influential people in the industries history. This is a must read!

Bong Appétit: Mastering the Art of Cooking with Weed: A Cookbook

For those culinarily curious individuals, this book provides you with some interesting recipes involving the cannabis plant.

I’ve written in the past on how to make cannabutter, which is worth knowing before you plan on trying some of these recipes. Of course, legally I must state that I’m not recommending doing anything with illegal products, I’m simply highlighting a great book to read.

The recipe that has me the most curious is the Korean fried chicken, I’m not going to lie, my mouth is watering even thinking about it.

But of course, for my vegan and vegetarian friends, there are plenty of mouth-watering options, including cocktails and a North African broccoli salad.

The CBD Book: The Essential Guide to CBD Oil

Written by Mary Biles, this book is an interesting one to read for new people to the industry.

If you’ve read and understand a lot about hemp already then this one might be a little basic, but for those who are looking to take CBD oil and don’t know where to start, then this is a great option.

The book covers what CBD oil actually is, the history of the plant, how to take the oil and plenty of research on different ailments and the reason people take it.

Written by the scientist Gretchen Lidicker, who focuses on the clinical aspect of integrative medicine, this book is great for those who want to specifically learn more about CBD oil.

Many of the books on this list cover marijuana over hemp, whereas this book focuses purely on the potential health benefits of CBD oil, finding the right product for you and dosage guidelines.

The book even has some interesting recipes, as well as some wellness tips. Considering doctors in the USA are regularly asked by patients about cannabis as a treatment, this is a great book for other doctors who don’t know where to start with giving advise.

Grass Roots: The Rise and Fall and Rise of Marijuana in America

I think this is a great book to read, to learn about the history of marijuana in the USA and the battle to get it legalised.

As it was written in 2017, it is a little out of date considering the constant changes in legislation, which is why it doesn’t appear higher in the list, but I would still strongly recommend giving it a read to my American friends.

The book covers the history of marijuana suppression, while it’s also fascinating to learn about the battle against big pharma over in the USA.

We might not suffer from the same issues here in the UK, or not to the same degree, but we’re moving to a more similar model thanks to the tories selling off parts of the NHS, so it’s a scary look at our future.

Dufton also includes some first-hand interviews, which I’ve found lacking in many other books on the subject.

You may know this better for the movie released in 2010, based on the life of Howard Marks, who is one of Britains most famous drug smugglers, starring Notting Hill star Rhys Ifans.

However, the movie is a follow-up on the best selling autobiography which was released in 1996.

It’s not a serious book, where you will learn a huge amount about the industry, but sometimes you want a light read which you can laugh along to or get wrapped up in.

I’d say, in football terms, this is a book of two halves. The introduction has you gripped, the first half was a great read, but then when he talks about the drug deals, it does get a bit tedious.

I’d recommend giving it a read, but you could equally watch the movie on Amazon Prime Video, depending on how deep into the details you want to go.

The ABCs of CBD: The Essential Guide: Why Pot Is NOT What We Were Taught

Many adults grew up with certain perceptions about cannabis. In fact, I did, despite smoking weed when I was a teenager, I still had some misconstrued views on the subject.

So this book helps to break down the misconceptions, the reality of what it is and why certain people should take it and also helps with parents who are knew to the subject.

The information has all been written in an easy-to-digest format, so you don’t have to worry about reading terms you wouldn’t understand without a PHD. Some aspects around the laws is outdated, but that can be said for every book on this list.

Where Can I Buy CBD Oil In Brighton?