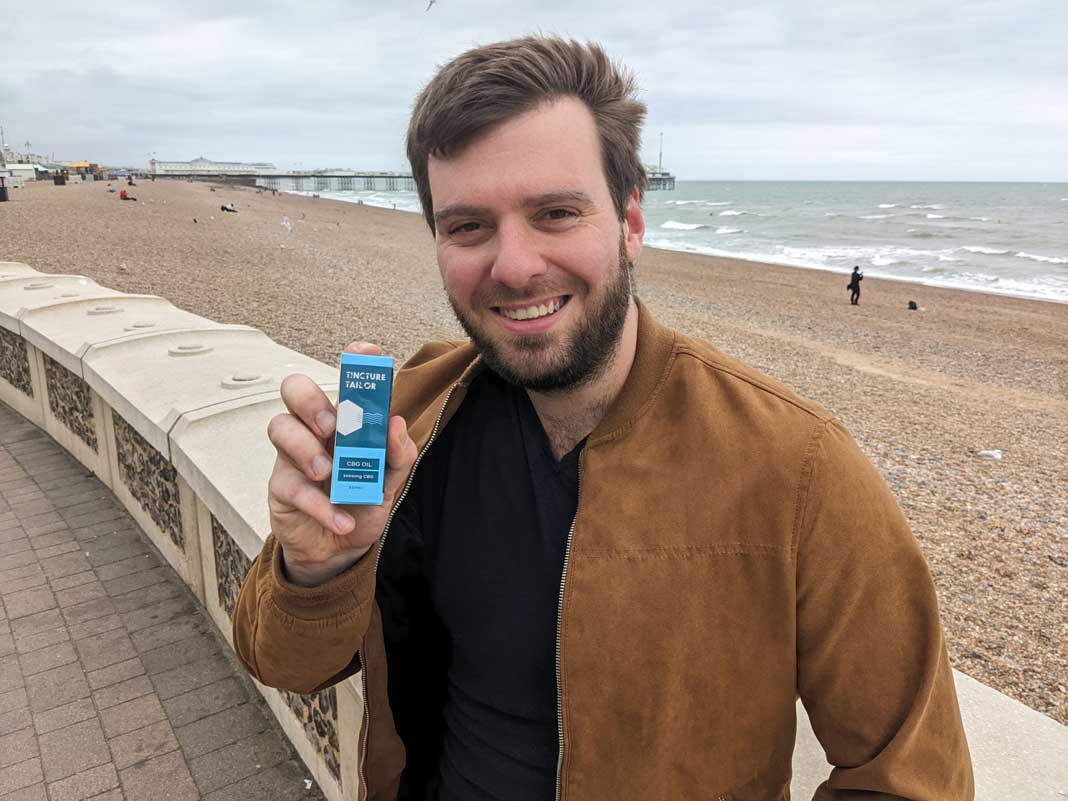 CBG oil is such an interesting area for myself, I LOVE testing out the oils, which is why it makes me sad that there are so few on the market. The last CBG oil I tested out was back 9 months ago, while this is only the fifth CBG oil I’ve written about on CBDSloth, compared to probably somewhere North of 200 CBD oil’s I’ve tested out.

So it brings me great joy to say that this is the first of a few very exciting products I will be testing out by Tincture Tailor, so keep your eyes peeled.

So Why The Excitement Around CBG?

The media attention might predominantly surround the cannabinoids CBD and THC, but there is a growing interest in other lesser known cannabinoids, such as CBG and CBN.

While I can’t divulge into a list of potential benefits for legal reasons, I would instead recommend having a read of this article by Healthline.

I am personally a huge fan of CBG oil, easily one of my favourite types of products to test out, however the issue to date has largely been around the cost to cultivate. Most of the hemp plants grown within the EU don’t contain much CBG, making it more expensive to extract into an isolate.

Being an isolate, there is no distinctive flavour or aftertaste, which some people fear with hemp based oils.

Which Carrier Oil Do They Use?

I’m very happy to say they use organic coconut derived MCT oil, being my carrier oil of choice. A carrier oil plays a pivotal role in increasing absorption rate and bioavailability with CBD, while MCT is largely considered the best option.

This is a fat-soluble carrier oil, allowing CBD to dissolve in it, before being carried to the appropriate area in your body. However, MCT oil has a number of added benefits, being a great source of energy, helping to protect your heart and fighting bacteria growth.

What Do The Lab Reports Show?

One thing I always share caution on when checking a lab report is the date, as I have found a number of brands sending out lab reports from years ago, relating to a different batch. Of course, Tincture Tailor being brand new means the batch test was produced a mere month before the product arrived with me, happy days.

As highlighted earlier, this is a CBG isolate, meaning it shouldn’t contain any, or no more than a minor amount of other cannabinoids.

The CBG present works out as 1,017mg, meeting the stated 1,000mg quantity on the packaging, while it also contained a very minor amount of CBD and CBDV, with THC below the ‘limit of quantitation’, basically meaning none was detected.

Who Are Tincture Tailor?

Nominated for best newcomer at the World CBD Awards, Tincture Tailor are quickly becoming noticed and they’re only just launching!

Cat and Andrew’s journey with CBD started a decade ago, seeing first hand the benefits it can bring. Working in Medical Nutrition and with close personal links to the therapeutic cannabis industry they knew how transformative it could be.

However as they became parents and their family grew they found they weren’t getting the results they used to from their CBD. They were sleep deprived, stressed out and exhausted, making them unwell and affecting their relationship. They started to explore how they could get more from their cannabinoids and TT was born.

Lots of research, deliveries from overseas and product development later and the range was created. Cat and Andrew saw such amazing results, they shared it with friends and family who also loved the products, so they decided to launch the brand. They wanted to share the benefits more widely and make sure UK consumers could access the best products possible in line with other countries like the US and Canada.

How Much CBG Do You Take?

Look up dosage guides online and they all relate to CBD, so it’s understandable this question remains, as there are less studies on CBG oil to date.

From everything I have read and learned so far, the dosage guidelines are identical to CBD, meaning most starters might want around 20mg, I personally went for 40mg and I’d still follow the FSA guidelines around CBD, which states a maximum per day of 70mg.

As with CBD oil, you should make sure to take the oil sublingually, meaning dropping it under the tongue and holding it there for 1-2 minutes. Make sure to distract yourself with a TV show or your phone, so you don’t get tempted to swallow it earlier, as this will affect the bioavailability and in-turn the results.

The expiry date on the oil I’ve received is the end of April 2024, highlighting that it has a significant period of time before I have to use it up.

When I started taking CBD oil, I predominantly took ones from the UK, which all come in a 10ml bottle with a 0.5ml dropper. My biggest bugbear was having to count the drops as they landed under the tongue, as it can sometimes be hard to feel exactly how much has dropped in.

However, when I started experimenting with US based CBD brands, they provided their CBD oil in 30ml tinctures (still the same CBD quantity, just less concentrated), but the benefit was they provided a 1ml dropper with markings on the side, meaning you could easily work out the dosages.

To date, Tincture Tailor are the FIRST CBD brand I have found that deliver a 10ml bottle with a 0.5ml dropper with markings on. I’ve called for this for ages and I’m so delighted to finally see it!

They do recommend 2-4 drops, but I can’t be bothered with counting drops (if I’m really honest), therefore I went for the middle mark between the 0.3 and 0.5 mark, to provide myself with 40mg per day during testing.

Again, this might sound like something uninteresting, but I’m beyond happy to finally see a 10ml bottle with markings on the dropper!

You can order the Tincture Tailor CBG oil from their newly launched website for £55. You can also enjoy 15% off with the discount code ‘TTSloth15’.

If you’ve given it a try, let me know your thoughts in the comments below!