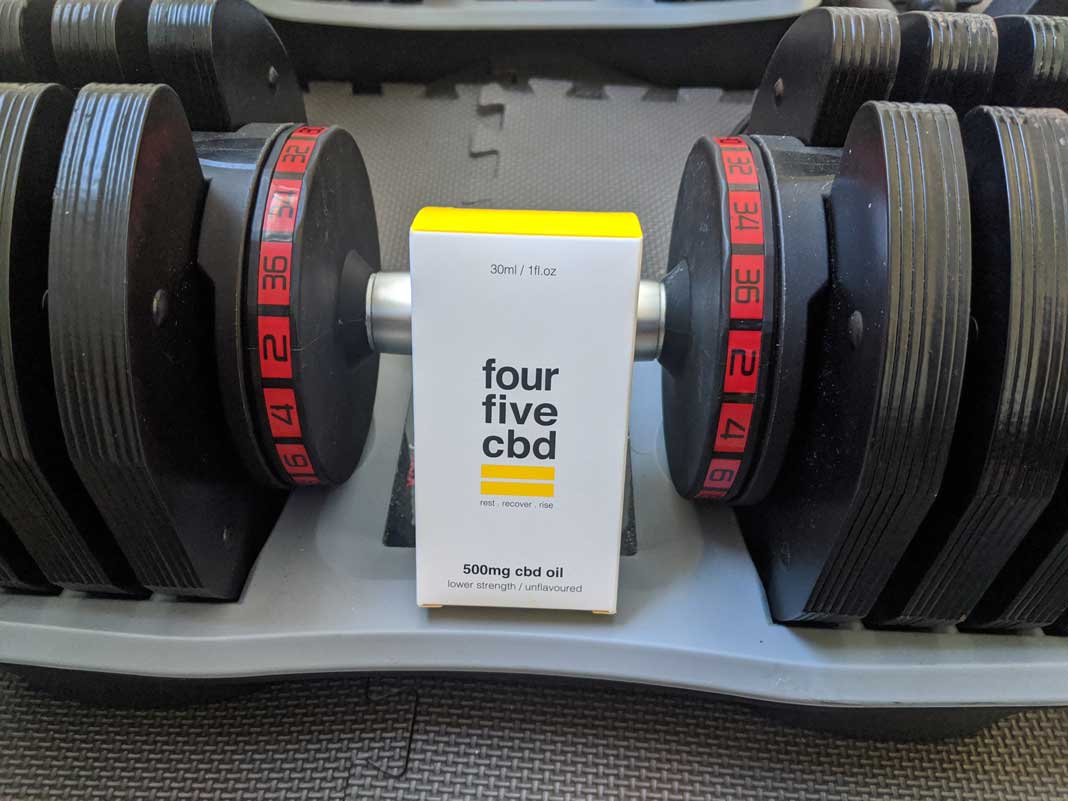 Over the past couple of years a number of actors, athletes and musicians have been putting their launching CBD brands.

Having a big name and a strong following can help to gain quick interest, much more so than starting from scratch, however these names started out using CBD oil as a way to help ease some form of issue.

Below is my list of the biggest names behind some of the most well known CBD brands, but if you can think of any I’ve forgotten, do let me know!

The boxing legend and all-round nice guy, Anthony Fowler is a British professional boxer who won bronze at the 2013 World Championships and gold at the 2014 Commonwealth games. Going professional in 2017, the Liverpudlian splits his time between training for his next fight and running an illustrious CBD brand.

He’s the owner of Supreme CBD, which has a number of high profile fans, including the likes of Jodie Marsh, John Hartson and Jade Jones. Make sure to check out my review of the Supreme CBD Gummies and Supreme CBD oil.

The hilarious Canadian actor has long been discussing the potential of launching his own cannabis company, while he finally landed on a name, with Houseplant. Purely available in California, the brand may look to expand more over time and hopefully will be able to sell a few products over here in the UK.

It probably comes as no surprise to anyone that has followed Seth’s career or seen him in interviews, but he is a huge fan of weed. Pineapple Express is still one of the most hilarious weed movies ever made, where you see his personality shine through.

House Plant brings you the best strains of weed that have been handpicked, coming in colourful boxes. They’re also creating beautiful house goods, to hold lighters and other items around smoking.

However, in recent times, she has been best known for her Netflix show The Good Lab, where they investigate wellness products and topics. They also tested out a number of CBD products, which they were clear advocates of, while Gwyneth has now gone a step further, investing in cannabis drinks company Cann.

She’s not actually the only big name to put their money behind this brand, with GQ man of the year Casey Neistat also providing funds. The LA based brand has a huge amount of interest around it, but I’m still yet to see a website go live, which is bizarre when you think how many links they could have gained already (the SEO in me talking)!

I received a message from George Kruis last summer, wanting to bring my attention to the CBD brand he launched with his rugby compatriot.

Four Five CBD perfectly formulates their products so that they could use them themselves when recovering from a workout or an intense game.

George Kruis is a professional rugby union player for Panasonic Wild Knights, while he has represented England a number of times.

Dominic Day is a Welsh rugby union player who retired at the end of 2019 due to a recurring knee injury, which has offered him more time to focus on his family and on FourFiveCBD.

You’re not going to question the quality of a product range when you’ve got Mike Tyson behind them!

The former professional boxer that pumped fear into his opponents between 1985 and 2005 has been looking to open up a Cannabis Resort on his 40 acres of land in California. But he has made this list for CopperGel, his CBD brand that launched with a roll-on and CBD spray.

The ‘baddest man on the planet’ has plenty more plans in the pipeline, including his marijuana strain company which has been growing in popularity, while he’s trying to build a cannabis empire and he certainly has the ability and financial backing to do so.

The Canadian/American actor and director has long been a cannabis advocate and rights activist, while he has also been present in a number of ‘stoner movies’.

The star of Cheech and Chong has since launched a brand under his own name, selling CBD topicals, full spectrum oils and nano particle CBD.

How do you get a bigger celebrity to endorse your brand than a Kardashian? With 112 million followers on Instagram and 1 million likes per post, it has certainly helped her brand Poosh to reach a ridiculously large audience set around the world.

While she has long spoken in the media about her fondness for CBD, it is her CBD serum that really hit the headlines.

The serum contains both CBD and hyaluronic acid, helping to ‘transform the texture and tone of your skin’. Priced at £40, that is around equal to most serums I’ve tested, while CBD is an expensive ingredient to add to the formula. Hora x Poosh contains 200mg of CBD and comes in a 30ml bottle.

John Legend might not have started the business, but being a massive CBD advocate, he was interested for a long time in investing and finally chose Plus CBD as the perfect brand to get involved with.

They offer a number of different flavoured CBD gummies, in the cubic shape you see with Joy Organics, delivered in a tin of 14 gummies. While the brand might be purely focused on CBD gummies currently, I reckon they will start to branch out into new areas in the near future.

I grew up watching Rob Van Dam in the ring, as well as playing as him on the playstation during childhood. It therefore feels bizarre to think I might get the chance to meet him at some of the upcoming CBD conferences and exhibitions, of which RVD regularly attends and speaks at.

The brand is directly named after him, being RVD CBD, with a range of products, including CBD oil tinctures, topicals, gummies and smokables.

As I said previously, RVD is one of a number of athletes who have launched a CBD brand recently. But Van Dam’s interest might have been sneaked in early into people’s consciousness, with his wrestling persona slogan “RVD 420”.

Coming in various flavours, such as lemonade, orange mango and mixed berry. The performance drinks contain a combination of cannabinoids, as well as vitamins, minerals and electrolytes.

Terrell has even come out and said to the media that CBD could have helped to extend his career if he had found it earlier on and begun using it to help him recover.

How do you describe Jay Z? He’s now worth over 1 billion dollars and has built himself a business empire.

The Hip Hop star owns a champagne company, he has stakes in Uber, his own cognac brand, the Scandinavian streaming service Tidal and the entertainment company Roc Nation, just to name a few of his recent ventures.

But his venture into CBD is equally shocking and unsurprising, a complete oxymoron. Monogram sells some very potent cannabis flowers in the US, along with pre-roll packs.

I mentioned in another article that B-Real played a key role in a documentary on the cannabis industry alongside Snoop Dogg, so it shouldn’t come as such a surprise that he has now launched a cannabis brand, called Dr Greenthumb.

The Cypress Hill star has a line of cannabis dispensaries, while he also has a partnership with SweetWater brewery, where we should be seeing his Mexican style lager coming out.

An American 90’s hit singer who won a Grammy for her single ‘Ain’t It Heavy’, Melissa has spent a significant portion of her life dedicated to marijuana. For her, it’s not about getting high, but about getting healthy.

Suffering with chemo, Melissa turned to cannabis and she was mesmerised by the results. From this point, she setup Etheridge Farms in order to build her own supply and to help others in need.

She also makes edibles, such as gingersnap weed cookies, which sound incredible. Obviously this is much more of a local business, meaning I might not have the good fortune to try any of her products, but you never know what the future holds.

The Gronk is a pro football legend, while he has also made the adaption to TV, featuring in a number of shows. With a net worth of $45 million and 4.4 million followers on Instagram, there was always an opportunity to branch out to a new scene once the sporting career was over.

Rob suffered from some incredibly destructive injuries during his career, which he states put him in constant pain, however once the playing career was over, he started looking at alternative ways to recover.

Through his dad he became aware of CBD Medic, while now he has partnered up with the company. The New England Patriot’s former player has become an investor, putting his name behind the brand that produces a range of topical CBD products.

The USA might not have a great men’s team when it comes to football, but they have the best in the world with the women’s team. One of the stars of their team was Megan Rapinoe, winning the Ballon d’Or and named the Best Fifa Women’s player as recently as 2019, she is by far one of the greatest women’s footballers of all time.

But it’s not just her performances on the pitch that impress, she owns the room in interviews and was placed in the Time Magazine’s 100 most influential people of 2020.

She has put that influencer power towards her CBD brand Mendi, that uses cannabis as a healthier alternative to help manage pain for athletes, or simply anyone that suffers from injuries or needs something for pain relief.

Considering he released the single ‘Kush and Orange Juice’, it should come as no surprise to find out Wiz is a fan of smoking weed. In fact, he has his own cannabis strain available in a number of stores across Colorado, however a couple of years ago he took a bigger step into the industry by launching KKE oil.

With high levels of THC, we can’t benefit from KKE oil over here in the UK, but Canadians are loving the cannabis oil he has produced.

Wiz certainly isn’t done with his music career, releasing a new EP in 2020, however his attention is certainly starting to turn to new areas. It’s a balance between running a CBD business, a hugely successful music career and practicing Jiu Jitsu, which he is a black belt in!

The 87 year old country singer has long been an activist against the use of biofuels and pushing for marijuana to be legalised across the United States.

Willie has remained in the public eye, with live streamed performances during the pandemic to raise money for charity. Of course, the content was all very cannabis heavy, unsurprisingly considering his love for the plant.

Willie has also launched Willies Remedy, selling a number of CBD oil’s, however it’s the CBD coffee beans that has me the most curious. Sourced from independent US farmers, it offers the boost from the caffeine along with the calming effects of hemp.

The American Football Running Back (I have absolutely no idea what that means) hanged up his boots in 2012, after 11 seasons in the NFL. He has since been voted into the College Football Hall of Fame, while he has moved his attention to the CBD industry.

Along with his wife, Williams has launched Real Wellness Herbal, a cannabis brand with carefully formulated and sustainably sourced hemp and all natural herb products.

He used CBD himself to help relieve pain and inflammation following his sporting career, which involved plenty of serious injuries, therefore it was a natural move to launch his own product range.

The Best CBD Exhibitions In The World