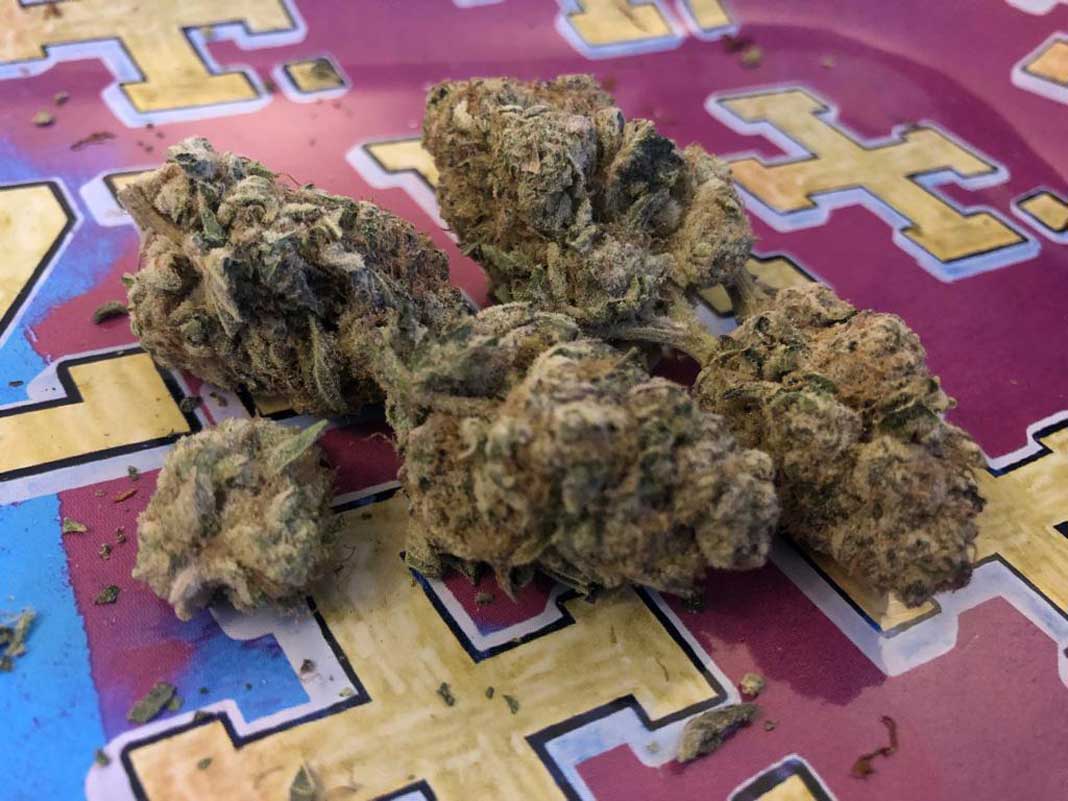 When we talk about cannabis, we tend to coup all the strains together, however there are 779 different cannabis strains to date, all with completely different profiles.

Some strains are grown to be high in THC, so that they can be used either for medicinal purposes or for recreational use.

We will also see a number of new strains come through in the future, as the growth of other cannabinoids gathers pace, with an increasing demand in CBG oil.

What Strain Has The Highest CBD?

Named after the legendary rock band (I presume), ACDC contains around 14-15% CBD, which is exceptionally high, while some have shown up to 20% present.

Made from a phenotype of cannatonic, while it’s 70% sativa to 30% indica in most tests.

Harle-Tsu is a blend between Harlequin (which will be coming up in a mo) and Sour Tsunami, bred by the Southern Humboldt Seed Collective.

Being approximately 60% indica to 40% sativa, this hybrid was first cultivated in Northern California, as many of them are. The THC levels are pretty much non-existent in this strain.

This is a popular strain for evening consumption, being a cross of Afghani indica and Thai sativa, being indica dominant.

NI, as it is commonly known, is an award winning strain, believed to have originated around the 1970’s in the USA, before heading over to Europe.

With a CBD content of around 14% percent, this strain is a cross of Afghan skunk and Cannatonic, with a relatively small amount of THC.

The most commonly present terpenes in Remedy are Myrcene, Alpha-Humulene and Pinene, with a lemon and pine scent.

Crossing two strains found on this list, being ACDC and Harle-Tsu, this strain wasn’t named after Ringo Starr, the member of the beatles, it was actually named after the cannabis breeder and activist Lawrence Ringo, who sadly died in 2014.

Being approximately 60% sativa to 40% indica (others state closer to 50/50), this was another production from the Southern Humboldt Seed Collective.

Arguably the most famous strain in the world, the plant produces high amounts of CBD and low amounts of THC, bred by the five Stanley Brothers, before giving birth to the brand Charlotte’s Web CBD.

The indica dominant hybrid (70/30) has a 1:1 ratio on CBD and THC, with approximately 8% CBD. At the end of the day, this is really a CBD enriched White Widow, while it’s known to have mild psychoactive effects.

This is a common entry level cannabis option for those who are new, while it has a sweet onion scent.

Another option on the list that is high in CBD and low in THC, Suzy Q was first created by Burning Bush Nurseries.

At the very top end, CBD levels have been shown to be as high as 25%. The genetic profile has largely been kept secret, while it has a sweet, earthy aroma.

A cross between Charlotte’s Cherries and The Wife, both of which are known to be high in CBD, it is unsurprising the end result is a CBD-dominant profile.

You should notice notes of berries, while some have also highlighted hints of black pepper. The CBD content should be somewhere between 15-25%.

What Does CBD-dominant Mean?

This means that the strain of cannabis contains higher amounts of CBD to THC, or at least equal, while containing relatively high amounts of CBD.

It should be stated that this doesn’t mean it doesn’t contain THC, many of the options highlighted above do contain THC, hence why we can’t utilise them here in the UK.

Is CBD Better With Sativa Or Indica?

When people are talking about sativa or indica, they’re normally talking about medical cannabis or recreational use, whereas CBD oil is a slightly different subject and this question isn’t often asked in association with CBD oil.

In the UK, we can only consume CBD oil made from industrial hemp produced from sativa cannabis. As the extraction process involves many of the cannabinoids being stripped out, with the majority on the market currently being isolates, the debate isn’t really worthwhile, until the rules and regulations all change.

What Is A High CBD Percentage?

With the strains highlighted above, many of these will vary between 12 and 25 percent, however results will constantly vary based on a number of factors.

Once you get to 20% upwards, you can certainly say it is a high CBD percentage.

Why Do I Need To Put CBD Oil Under My Tongue?