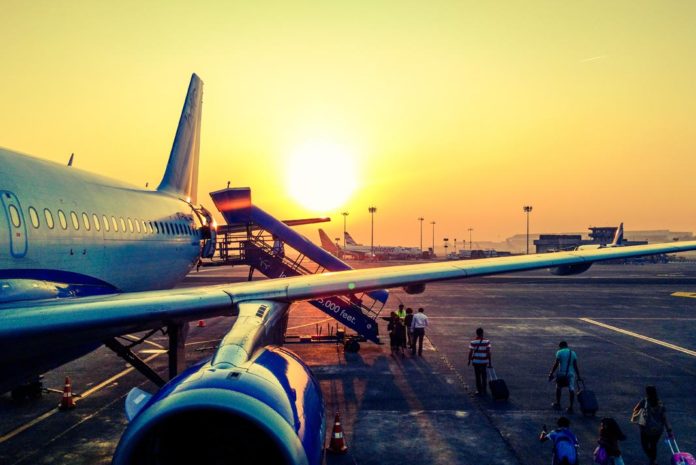 All airports have different regulations, so even if you could take it onto a plane, in the arriving country it might be forbidden and taken away, or even worse, you could get into legal trouble or be fined. My first recommendation would be to check my guide of which countries cbd is legal in so you know whether you are on the right side of the law for when you arrive.

In the UK, the laws did change in November 2018 on CBD oil in hand luggage for plane journeys. This is due to the situation that occurred in the summer of 2018, where a mum had her sons cbd oil taken away, which was used for his epilepsy. Following a media explosion on the topic, it was returned to her and the government pushed through new legislation so it could be prescribed by doctors here in the UK. However there are still many shady sides to this legislation, considering it is connected to Theresa May’s husbands brand.

So Can I Take It Onto A Flight?

The part around CBD that often can affect your legal ability to take it onto a plane is the amount of THC. If it is under 0.2% then it is allowed in most of Europe. However there is still a large amount of ignorance on the topic, even from airport security, so don’t expect to get on without hassle.

In the USA the laws have historically been more confusing, as different states can be more strict than others, so you will have to look into this before flying. The TSA has a very strong policy on the subject, however it is relaxing more with time. The reality is that the TSA is more interested in air safety and serious drug usage, therefore if it comes from hemp and is under a max of 0.3% you can often get away with it, but just research the place you are going from and arriving in before you fly.

HOWEVER, following the farm bill of 2018 which passed through congress, the laws finally relaxed on hemp containing under 0.3% THC. This is finally making a change to legislation that was put into action in 1937 and further enhanced in 1970, which saw CBD oil as virtually the same as taking marijuana, seeing cannabis of any kind as being a banned substance.

Can I Take CBD Oil As A Flight Attendant

Since writing this post, I have actually been contacted by a number of flight attendants who are hoping to find out the rules regarding their job safety if they were to take CBD oil onto a plane.

The AFA recommends taking CBD oil, as you will be occasionally tested and if it comes up with signs of marijuana through the THC then you will lose your job. They are very strict and won’t accept the excuse that it is medically prescribed, unless you can set a precedent, but that is a dangerous move to make. Whether you can take it onto a plane, I’d recommend against once again, as it isn’t worth the risk and many airlines and security might have a strict policy around CBD oil.

Unless it is necessary for your life, I would recommend against taking cbd oil onto an international flight. If it has been prescribed, you can also get a note from your doctor, which might help if questioned, while I’d recommend researching the laws in where you’re going to. If you’re taking a domestic flight, the laws generally tend to be more relaxed and you will know the legislation for your own country.

It should go without saying that if the quantity of THC is over 0.3% then in the eyes of the air security you are taking marijuana onto a plane and could be facing a severe penalty and even jail time.

The Best CBD & Hemp Expo’s & Conferences Around The World