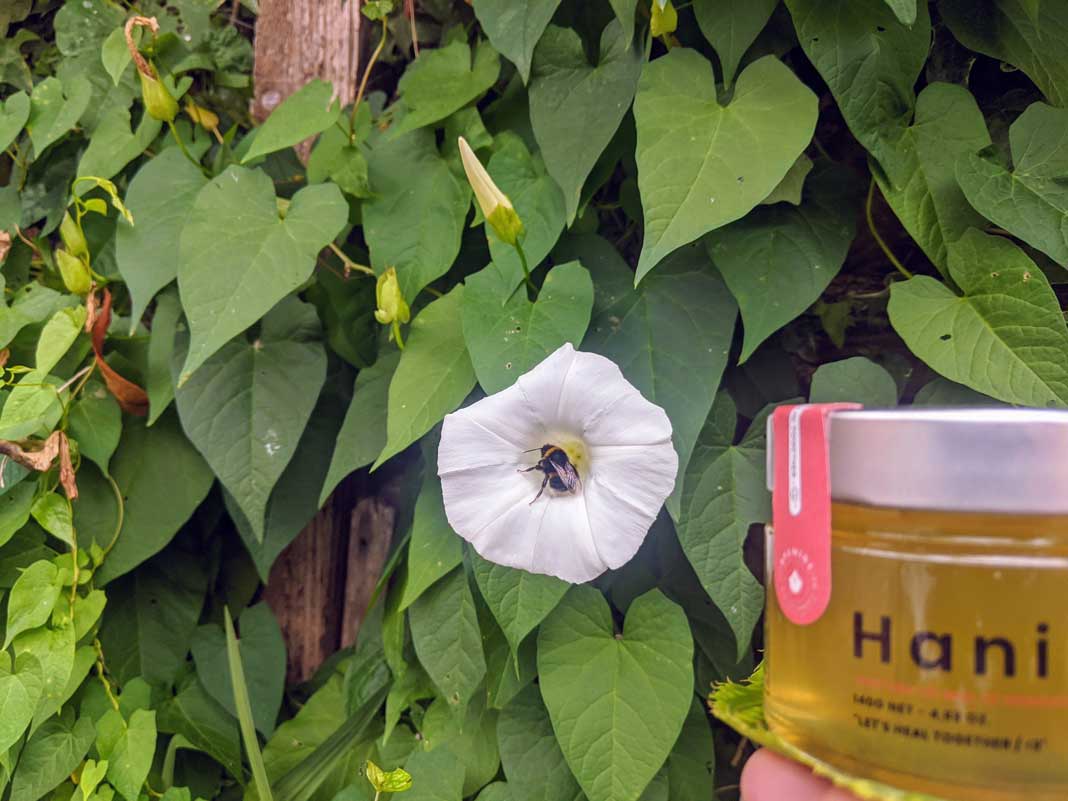 Our fuzzy little buzzing friends of the garden are sadly decreasing in their population at an alarming rate.

In the UK, the population has been decreasing since 1980, however it has remained relatively stable over the past few years.

With a decreasing population of bees, this brings along a number of issues, so could hemp be the answer to all of our issues? I’ll discuss this and other factors around the bee population below.

Why Is The Bee Population Decreasing?

With an ever growing population, we’re constantly expanding into wild areas to build houses and commercial buildings, meaning there is a consistently smaller area for bees to live in.

However, it’s not just the loss of habitat which is affecting the population. The pollution they breath in is believed to be having a profound effect on their life expectancy.

The addition of pesticides and insecticides to crops is also responsible for a huge amount of bee deaths.

Other factors are also playing a role, such as droughts in certain areas where they live, as well as diseases which are spreading across the bee population.

Why Are Bees So Important?

If we were to lose bees, it wouldn’t just be a sad factor from an ethical point, it would also cause devastating effects to our ecological balance in nature.

Bees are pollinators, meaning they move pollen from flowers, so flowering plants can reproduce. Approximately a third of the food eaten by humans globally is pollinated by bees. Yep, you read that right! This includes 100% of almonds.

The plants that are pollinated thanks to bees also feed plenty of animals and birds, meaning a loss of bees could affect huge amounts of other animals, as their food supply disappears.

But on top of all that, honey tastes amazing and has a number of health benefits, thanks to the healthy bacteria contained within.

How Can Hemp Help Bees?

With a decreasing bee population, we cannot allow levels to continue to drop, it’s our responsibility to halt the decline and reverse the trend that we have created.

Fortunately, many believe hemp could be a potential solution to help drive up the bee population.

Hemp can help to support a diverse array of bees, working as a floral resource with early studies showing it has the potential to enhance pollinator populations.

During the cropping season, industrial hemp could play a pivotal role in providing necessary nutrition for bees. The bees will visit male hemp flowers for their pollen, which is packed to the brim with fats and protein

Also, in the latter part of the summer, floral resources can be lower, meaning there are less options for bees in certain areas, whereas hemp can still provide a nutrition source for them.

Another factor which is key to highlight is that hemp doesn’t tend to require insecticides, while industrial hemp for CBD oil must be grown organically, meaning no pesticides are used.

Hemp is highly porous, while the pesticides would travel through to the CBD extract, which is why it is crucial the hemp is grown completely organically.

Interestingly, one study found that bees tend to like taller plants, while it found that the tall hemp plant provided a perfect environmental setting for them, with ’17 times the quantity of bees visiting hemp plants compared to shorter plants’.

Normally, plants are colourful and have strong aromas to entice bees to come, helping their pollen to be spread to female plants, but hemp doesn’t require this. It’s not as colourful and doesn’t have those same enticing aromas, but what it does have is a huge quantity of pollen.

What Can I Do In My Garden?

While hemp might not be the answer if you plan on growing something in the garden, considering you need a set license to grow hemp, there are plenty of actions you can take in order to help the bee population.

You should fill the garden with plants which are ideal for pollinators, such as borage, honeysuckle, lavender, lungwort, primrose, sweet violet, rock cress, verbena, daisy’s, dandelions, coneflower and butterfly bush.

You can also try to make sure bees have a water source, which can be achieved by filling a container with water and pebbles. You want to make sure they don’t drown, so put in some added sticks and leaves.

Also, as much as this might go against your instinct, you should allow the weeds in the garden to grow a bit.