Home Advice Cannabinoids What Is THCJD – Everything You Need To Know 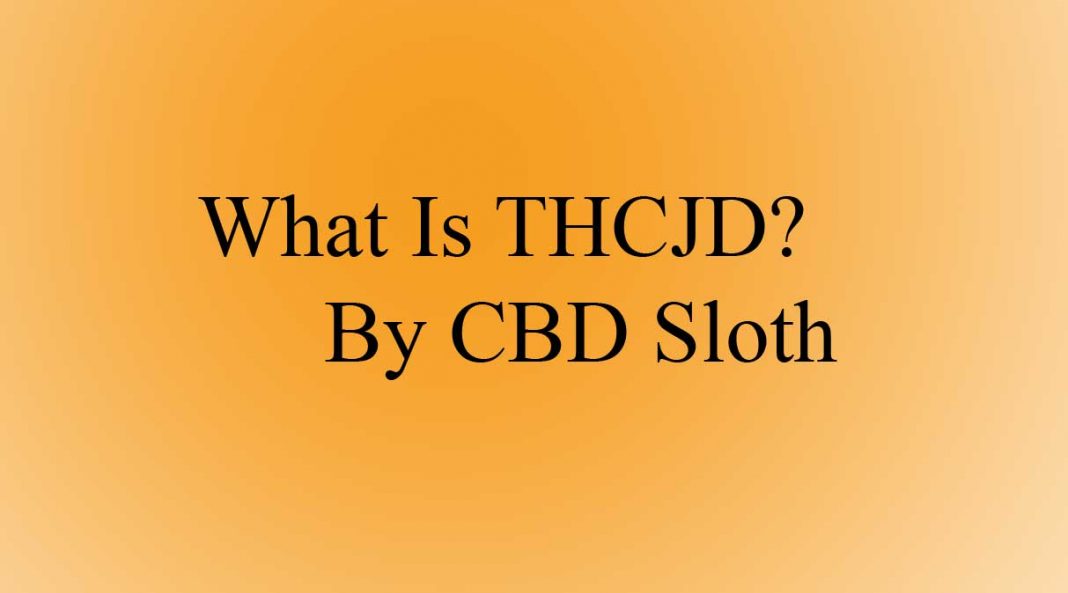 It seems every week there is a new buzzword in the industry, whether it’s Delta-8 or THC-O. Well this one isn’t discussed as often, it’s more found on forums and on Twitter discussions, but I was fascinated by the subject of THCJD, so I wanted to share some more info for those wanting to learn about the cannabinoid.

THCJD, or Δ9-THCjd, is a rare cannabinoid which can be found in cannabis in minute quantities. It’s an 8-carbon side-chain octyl, unlike the 5 carbon atoms in delta 9 THC.

The research into this cannabinoid is virtually non-existent, meaning most of the supposed evidence is anecdotal or theoretical.

It was only just found in 2020, highlighting how much we’re still learning about the lesser known cannabinoids.

In fact, even when you look on product pages for items supposedly containing THCJD, they rarely show any real details regarding THCJD.

While evidence isn’t lab based and purely seems to be anecdotal online, the CBD Oracle places it at somewhere around 19 times stronger than traditional delta-9 THC!

This makes it an exceptionally potent psychoactive cannabinoid and may be too intense for casual THC users, so I want to offer a word of caution.

It isn’t however believed to be the most potent of all the cannabinoids, with THCP being around 30 times as strong, but it is certainly a lot stronger than your average 9-THC.

The increased quantity of carbon atoms in the side chain is believed to potentially be a reason why it is so much more potent than delta-9, binding more effectively with the endocannabinoid receptors, however there isn’t any science based evidence to support this theory as of yet.

The question to its legality comes down to whether it is extracted from industrial hemp or marijuana. Both hemp and marijuana are forms of cannabis, the difference is the presence of THC (hemp has below a certain percentage).

If it is extracted from hemp, then some will argue that it is technically a legal ingredient, but I would rather not state a comment for legal reasons.

As you can imagine, if it gets you high, it being legal is a technical legislative loophole, so I always want to express caution on this matter.

One other warning I want to give is regarding the unregulated state of this cannabinoid. As the CBD industry grows, so does regulation, meaning the cowboys are being removed and the real companies that care about the experience of their customers are coming through.

However, being such a new and untouched area, THCJD products seem to not come with the usual requirements you would expect, such as a third party lab test.

Yes, it is a naturally occurring cannabinoid, however it hasn’t been researched much to date due to it being in such small quantities in the cannabis plants that we grow.

The hotly discussed THC-O is synthesized in a lab, while HHC is semi-synthesized, but THCJD is considered a phytocannabinoid as it is found in the plant naturally.

What Type Of Products Are Available?

I haven’t seen any available in the UK market, but if you cross the pond to the USA then there seems to be a number of disposable vape pens and gummies containing THCJD.

I struggled to find the exact quantity present in these products, which certainly sends alarm bells, as you must always know the quantity present. Otherwise they might contain none or next to none, or just the same, they might be far too potent.

A couple of reasons why they might not be stating the amount could be because they haven’t paid for a third party lab test, which can highlight other potential issues beyond the presence of the cannabinoid, such as whether it contains pesticides, heavy metals or solvents.

What Is HHC – Everything You Need To Know